If you have seen a couple of old western movies, you would have probably wondered how did cowboys make coffee on the go.

Who doesn’t love a hot cup of coffee in the morning to kick start their day? No other drink is as good as this steaming dose of caffeine to give you the energy you need for the next 24 hours.

Be it Cappuccino or Espresso, or be it with or without milk, there are many varieties of coffee from which you can choose the one which suits your taste buds.

The coffee those old-timers used to enjoy is now called cowboy coffee and is extremely easy to make as it requires very few ingredients.

If you are a person who loves spending time with nature, knowing how to make cowboy coffee will be of great assistance when you are hiking in the mountains or camping in a forest.

So in our article, we will teach you how to make cowboy coffee, which is one of the most easy-to-make campfire coffee. But before that, let’s briefly talk about what cowboy coffee is.

What is Cowboy Coffee & How Did Cowboys Make Coffee?

Famous for being drunk by cowboys and herdsmen, cowboy coffee is an amazingly delicious energy booster drink which would make you feel alert and more active, especially when you’re sitting around campfires or trekking. There are various recipes to make cowboy coffee, but the basics are the same.

The differences only occur while trying to lessen the bitterness. This particular campfire coffee is as rich and delicious as other coffee types. But the only difference is that it is not strained and the coffee component might get into your mouth and get ingested.

This coffee requires very little effort to make, and that is the reason it is also called campfire coffee. Even though you can drink this campfire coffee with milk, cream, and sugar, but coffee lovers prefer to drink it black.

Now that you know what cowboy coffee is, let’s talk about how did this campfire coffee came into existence and why were cowboys so dedicated to drinking it?

Why did cowboys drink so much coffee?

Classical cowboy coffee is known because of its strong taste, and that is the way the old-timers liked their coffee. Coffee was an essential part of cowboys’ meals. During their travel, cowboys relied upon chuckwagons for their food and coffee.

Chuckwagons are kitchen facilities found on roadside or ranches.  Because of their routines, when they were camping and doing their duty late at night, the strong coffee kept them up and helped them stay cautious of the surroundings at stormy nights.

They would drink coffee with meals and whenever it was available. Coffee was what kept the cowboys alive in their stressful and restless routines.

Coffee has been the favourite drink of many for a very long time. It was first introduced in the 15th century in Arabia. The coffee beans were roasted and brewed in a way similar to how we make coffee today.

Coffee had reached African countries too and was grown on a large scale. From there, it was exported to America during the 1800s and before the Civil War. During the civil war, the price of coffee steadily increased.

Coffee was a part of the military food rations, which also included almost 340 grams of pork, 567 grams of fresh meat, bread, beans, and flour. Coffee beans were mostly sold roasted and sometimes as green beans too, and the U.S. had bought 40 million pounds of coffee by 1864.

The soldiers roasted the beans and ground them with a stone and then the grounded coffee and water were boiled in a camping coffee pot.

The grounds were sometimes strained with a cloth but were mostly left in the camping coffee pot to let them settle at the bottom.

Although the soldiers like the coffee black, but to lessen the acidity and bitterness, sometimes sugar and milk were added. The soldiers also quite often ground the coffee beans and sugar together so that no coffee cup was left unsweetened.

Coffee has been made following various recipes, but these variations occur while trying to sweeten or adjust the taste according to a person’s taste.

Although cowboy coffee tastes strong and bitter, and it is liked the way it is, tastes can differ based on what taste enhancers are used.

But how did cowboys make coffee which gave it the unique taste that it has and makes it one of its kind? Is it a different kind of coffee beans or special flavored-water?

The answer is that just like other coffee types, the core ingredients of cowboy coffee are the same coffee beans and pure boiled water. But the secret ingredient in cowboy coffee is salt and eggshells.

Salt was added by the old-timers in the cowboy coffee to return salts which were lost from cowboys’ bodies while they were horse riding and sweating in the hot sun.

Now that you know how did cowboys make coffee which made them stand out from other coffees, we will teach you how to make the perfect cup of cowboy coffee for yourself.

Even though you might need some time to adopt the taste, it will be an amazing recipe to learn when you are camping or mountaineering.

What do you need to make the Best Cup of Cowboy Coffee?

But you might wonder why you put eggshells in cowboy coffee. So we will tell you now.

Why do you put eggshells in coffee?

Now that you know how to make one of the best campfire coffee, we will tell you about how you can make coffee without a coffee maker. This tip is very useful when you’re camping.

Best way to make coffee camping without a coffee maker

The best way to make coffee when you are not equipped with the modern coffee maker is to make it in a camping coffee pot. Heat water in the pot and wait for it to boil.

Once the water has boiled, you will immediately turn off the fire. You will then put the ground coffee in the camping coffee pot and cover it.

After 4 to 5 minutes, you can use a ladle to take out coffee from the pot so that the coffee is mixed properly.

Now that you know how did cowboys make coffee, we will tell you about a way you can make coffee easily. If you have a percolator with you when you go camping, it will be of great help during your trip.

We will now guide you through how you can make coffee with a percolator following the recipe of the Texas Pioneer Woman.

A percolator has different sizes of servings. It has the shape of a kettle which carries the water and a straw-like pipe going through a drain in which the coffee grounds are placed.

Put some cold water in the percolator, place the drain, and add your desired amount of coffee. Try to put 1 tablespoon of coffee for each cup of water, but it depends largely on the way you like your coffee.

Put the water above your fire source. When the water is heated, it rises the tube and reaches the drain.

It mixes with the coffee grounds and then seeps through the drain.  Don’t leave the coffee on the heat for very long, or it will start to taste burnt bitter.  Some coffee grounds will be able to escape from the drain, but that will give you a more cowboy coffee experience.

Cowboy coffee is a great refreshment and can be made in different ways, either using a camping coffee pot or a percolator. There are alternatives in the recipe to suit your taste. Be sure to take all the ingredients mentioned above if you need a dose of caffeine on your next adventure. 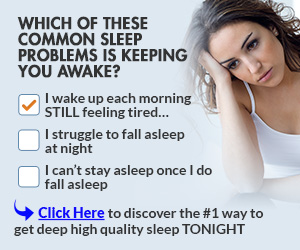 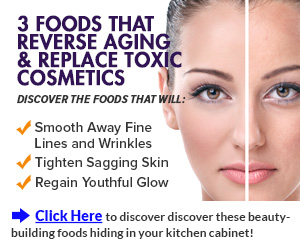